I’m almost scared to blog about this but I can’t help but think we’ve got away without a winter? I know I’ve said it now and impending doom is likely to befall us all, but it’s the 21st January and we’ve barely had a frost this season?

This time last year we were frozen in with the canal frozen about 2 inches thick, whilst you couldn’t reach them all the water points were frozen and our water tank was running dangerously low. It had snowed for what felt like 97 years, and I’m not just talking icing sugar dusting, I’m talking 5ft snow drifts.

That winter was one of the worst I can remember (Although one of the best for snow days), it was relentless, and was a pretty awful introduction to winter aboard. Although we learnt from it, and we feel all the more boaty for surviving it. So as October drew in, we were deep in preparations for battle, we were ready, and we still sit here ready.

Whilst we’ve had the odd frosty morning here and there it just doesn’t seem like we’ve had a winter, I mean we have barely even had any rain. I think the coal manufacturers might be suffering this year! Whilst we’ve had our fire on tick over most days since November, we haven’t been loading it for battle in the same way we were last year. Christmas and the beginning of January felt practically spring like.

Last year taking to the towpaths was taking life into your own hands, the mud would be spilling over your boots, and for anyone as uncoordinated as me you were guaranteed a daily fall and the possibility of testing your ice-skating abilities on the cut.

Of course there is every chance that this blog alone will cause the beast from the east part two to descend in rage over the UK, but the forecasters seem to have us warming up again at the end of the week.

I’m not complaining, but it has been most strange, so if winter doom does arrive, I apologise and accept it is entirely my fault. 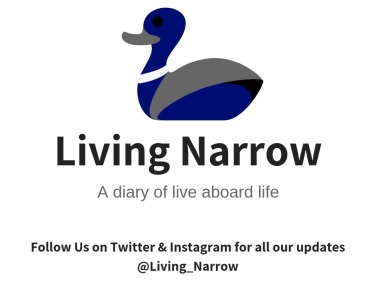