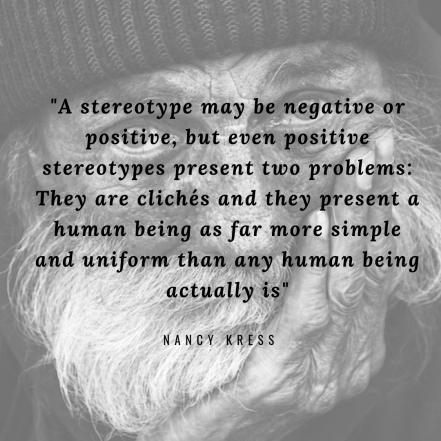 As you may of guessed from the above I’m going a bit wishy washy again and rather than talking about the day to days of life aboard I want to look into the stereotypes we face, regularly. The inspiration to write this blog came from an off-hand comment made to me this week. I may of mentioned I recently started a new job, they are fully aware of my life aboard, but this week I received the following statement from a colleague ‘You’d never think you lived on a boat’ it was just that an off hand comment, the conversation bunny hopped quickly onto other topics, but that statement sort of sat with me … so how exactly does a person who resides on a boat come across. I got my opportunity a little later that day to ask when the topic came up again, apparently the typical boat dweller is an unwashed, dungaree wearing hippy, and at least double my age, ok. It instantly got me pondering, isn’t it funny the stereotypes we create to make our lives simpler.

Believe me I am not looking to change the world with this blog, like it or not, argue with me all you want to, there is extensive research to suggest that it is a natural part of human nature to stereotype, and I challenge anyone to truly honestly say they have never done so in their lives. We all come up against it day after day. Once the statement had been made I started to think a little more about it and I realised it is something I was already aware of, something I had even hidden to make life a little easier from time to time.

Not long after we moved aboard I started to write a blog on how I didn’t see myself as being typically ‘boaty’ because I had long painted nails and shoes which made slipping around on the towpath a daily occurrence. I didn’t get past the first two paragraphs of the blog, never mind publish it. But there was obviously a stereotype in my mind of what boaty was, and a distinct understanding that I didn’t see myself as it.

When I think about it I am totally aware of what I think people will think when I mention the boat (Hope you’re managing to keep up!). There are times when I consciously don’t mention the boat, for fear of being boxed in a stereotype. I’ve openly lied, when walking the dogs in a village we often stop near, where boaters are considered a problem, people have mentioned not seeing me before do I live in the village (Yes it really is that yocal!), oh yes just on the high street I’ll respond. It’s strange, I don’t like myself for doing it but I can go about my day easier sometimes by doing so.

I cannot berate people for the stereotype they have, as I myself had one, by no means as direct as the opinion of a colleague, an opinion none the less. Before purchasing the boat I imagined life aboard to be damp, cramped and dirty, and the people choosing the lifestyle as being practical to their cores. We spend so much time challenging the stereotype that people have of a life aboard (Not the people), we’ve written blog after blog on it, we’ve suggested any potential boaters design themselves some FAQ handouts for friends and family, but the stereotypes on people had kind of slipped by unnoticed.

You’re never going to rid the world of stereotyping, but I’m not sure I’m willing to just sit back and take the stereotype we are given, boaters. Granted my opinion that boaters were practical folk is pretty spot on, 99.99% of the boaters we have had the pleasure to meet are. But that’s not all they are, they are some of the friendliest, most genuine, give you our last ibuprofen people (genuine experience). That’s where this quote resonated with me so well, stereotyping is unavoidable, but the biggest problem with it isn’t necessarily what you are being stereotyped as, it’s that you are only seen as those things, those simplified traits we grant our stereotypes with. You don’t even have to be outside of a group to stereotype them, when we first started boating we were told a lot by other boaters: ‘Oh those nails won’t last long you’ll soon be stopping that’ or ‘You won’t last long with boat life’. I’m not sure why, they weren’t particularly negative with the statements more jovial jesting, I guess we were just a little different to them.

Stereotypes make the world go round, without stereotyping you wouldn’t see article after article on the student or young couple with the ‘revolutionary’ idea of choosing a life aboard to make life more affordable. Perhaps the rise in said articles is helping to challenge some of these stereotypes, which without the articles wouldn’t exist, funny old world hey.

We must remember that these stereotypes can have an impact. The comments on my nails, or the view we didn’t have what it takes to be long term boaters, as jovial and off hand as they may of been still made you think you don’t fit in with what you should. Likewise when told that I didn’t fit the stereotype of a typical boater, I felt defensive towards the view of what a boater was. We must remember that our stereotypes can have an impact on people, it’s not a simple cut thing. But regardless of how the stereotypes make us feel, they will always be there, so I suppose there becomes a choice, to accept the stereotype or try to show the holder of the opinion that the group they describe isn’t as simple as two adjectives and a pair of dungarees.

I’ve challenged myself to a bit of an end of year resolution, I’m going to stop being a scaredy cat and I’m not going to hide boat life anymore. I hope that our blog goes some way to challenging stereotypes that people have, or perhaps even helps people to develop different opinions towards boat life. I’m not going to be ridiculous and try to claim I can single handedly rid the world of any stereotypical thoughts towards boaters. That would be ridiculous, it’s human nature. But hopefully to that small group of people I interact with I can broaden that opinion. I’m going to take the time myself to try and consider the stereotypes I also carry, and remember that my stereotypes, whether positive or negative do not allow for the complexity of a person.

Believe me I am not saying I’m going to stop stereotyping, it’s human nature, but I’m going to be much more open to those stereotypes being challenged, expanded and worked upon. We fear and mock the unknown and the different and all that. I’m going to try and stop, and I’m going to stop myself from hiding boating, it is what it is whether I am what people see to be a ‘typical’ boater or not. So go out into the world and do you, whether it fits or challenges a stereotype, the stereotype will be there regardless. I’d love to explore this topic more, so any preconceptions you have come across in the boaty world, or indeed that you hold towards the boaty world I’d love to hear, lets get the conversation going and smash some barriers!