We are vastly approaching a year since we started this blog, and as such a year since we began with the idea of Living Narrow. It’s madness to even think, time flies and all that, so apologies if this month turns into a lot of looking back on lessons learned and what we have discovered so far. What better way to start than a look back at the last twelve months, with a high or low light from each?

The Highlight? – I mean do I even need to write this? We decided to look into the option of a life aboard, possibly our best random thought ever.

The Lowlight? – The daunting amount of stuff there is to learn, from the lingo I mean what even is Semi-Traditional or a Weed Cratch, to the processes and mysterious World of boat buying. It’s a jungle out there! If you’re thinking of doing it research and research again, and never be afraid to ask, the boating community is brimming with super helpful boatsperts.

The Highlight? – When we first started blogging and investigating we were told by so many people ‘You’ll know your boat when you get on her’ we, being cocky young folk, didn’t believe it. As the story goes we visited Whilton Marina with three boats on our hit list to view, we had to climb over Fantine to get to them, the minute we set foot on her, albeit to clamber over her, something clicked and I said to James we need to get the keys to this boat. Our boat found us, and it was the most exciting and nerve wracking moment.

The Lowlight? – Don’t believe everything you see, we relied on the internet heavily throughout our search, and whilst for information and resources it’s super, there is a huge case of don’t believe everything you see! Whether it be the shiny websites of Marinas or the well angled photos on Boat Brokers websites, get out there and look with your own eyes. If we had relied on the internet alone we would never of considered the Marina where we put Fantine to bed or Fantine herself.

The Highlight? – We actually took ownership of Fantine! Like we actually owned a boat! When first starting out we were told it’s not only the boats that move at 2MPH in the boating world. Don’t worry too much about the time things take, it’s to be expected.

The Lowlight? – Marine Finance. Occasionally I still get sleepless nights over this. At the time we wrote a full blog which I would recommend taking a look at for the full gory story. But quite simply, there is often very little you can do to ensure the boat you are purchasing is entirely clear of boat finance. How bonkers, spend a bit of time tapping away and you’ll find a host of terrifying cases where people have been chased down by the banks and lost their boats. Marine Finance – The minefield that is! 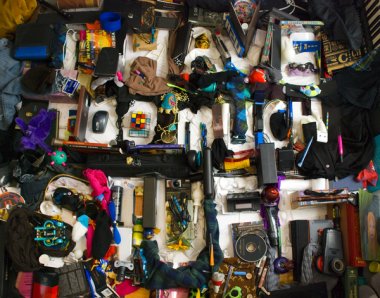 The Highlight? – As we now owned Fantine we could actually begin working on her. Due to over running maintenance work we were not able to actually move her anywhere but cosmetic work could begin. And boy it did. Actually it only took around a week to make all the changes we wanted to, granted at the end of this we were sick of the sight of Stinky Pete green paint but it was amazing fun. The shop for furniture and bits and pieces began and it all started to feel real.

The Lowlight? – This is more for me than James, but the realisation of just how much stuff I was going to have to clear out was a little hard to take. It’s amazing how we fill the space we had, and it took as lot to clear 90% of it.

The Highlight? – WE FINALLY TOOK TO THE WATERS! Yeap we made the six mile trip from Whilton to Yelvertoft.

The Lowlight? – WE FINALLY TOOK TO THE WATERS! Taking your baby out on the waters for the first time is absolutely terrifying. We have some war wounds to show, but we made it. 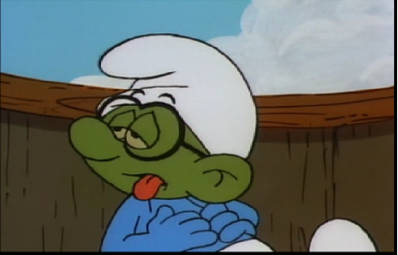 The Highlight? – The honeymoon period. It was our second month, we were in deep love with all things boating. The summer was upon on us and we were smug as cream eating cats.

The Lowlight? – Is it me or is the floor moving? Nope it is definitely just me. I suffered incredible land sickness, it was awful, and had me thinking I cannot do this! Thankfully it all died down.

The Highlight? – We got an extension, whilst we had only been aboard for 3 months we had a Cratch fitted, and gained ourselves another four foot of indoor space.

The Lowlight? – We were starting to get tired of the boating questions, Fantine just felt like home to us now, the whole being a boat thing barely registered with us.

The Highlight? – It rained quite a lot, Eh? I hear you all say, it may sound crazy but it meant we felt the full benefit of the Cratch!

The Lowlight? – Some of the boat charms started to loose their charms, be it water roulette or the gas running out, the quirks became a part of life and not so much fun quirks anymore! 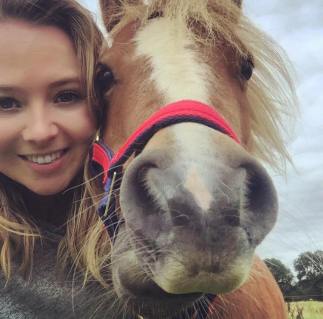 The Lowlight? – Rain stopped play, we had a week off and had planned to go boating for the whole week with it, however with a terrible forecast and approximately two hundred thousand hire boats on our stretch we got out no where near as much as we wanted to this month.

The Highlight? – It started to get cooler, a silly thing to look forward to maybe, but I love the autumn. The summer on the boat is so warm, the relief of the lower temperatures and the cosiness of the occasional fire was a much welcome change.

The Lowlight? – I got boat fever. I don’t know what it was but something clicked in me in September where I just felt claustrophobic, maybe with the change in weather and not being out as much. Something made me grumpy, thankfully it passed. 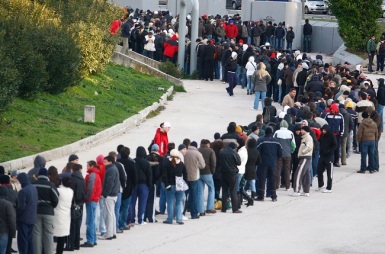 The Highlights? – Visitors Galore, after the initial you brought a boat buzz the visitors to Fantine died down a little. This all changed in October when we thought about setting ourselves up as a visitor attraction!

The Lowlights? – High Winds! Storms/Gales/A slight Breeze = Boat Bedlam. Winds on a boat are awful for me, the increased motion brings my motion sickness right back! Retreating to the pub seems to be the only sensible option.

The Highlights? – Snuggly Warmth, the crispness of winter mixed with a toasty stove in a tiny space brings about the ultimate cosiness. Life aboard in this season is just snuggly heaven.

The Lowlights? – Boat chores in the cold are no fun! When the water decides to run out at 7pm in the middle of a hailstorm, or the stove hates you and won’t let a fire take, winter boat life is fifty percent snuggly, fifty percent I think my hands might fall off waiting for the water to fill.

It’s crazy to think that 12 months has passed by, the changes in this time have been incredible and we wouldn’t have it any other way. Here’s to many more 12 months.