Well we are approaching four weeks with Fantine (Ok so we may of owned her since February, but we are coming to 4 weeks since we actually took posession of her keys and took to the waters). So what changes when you go to spending the majority of your time living narrow? It would seem that within even this short space of time quite alot!

1.Your idea of clean changes somewhat.

I had a new sofa in one of my rented houses once, a cat got into the house and went to sleep on it, I cried from the fear it might of clawed it … We got a new sofa and arm chair for Fantine, there was coal marks up one side of the sofa cover after the day we moved the boat, I consider this to be clean … You get the idea.

2.As does your idea of tidy.

When living in the house my idea of being tidy was neatly piling the plates and dishes up to be washed, or leaving the ironing neatly stacked until I had an afternoon where absolutely every other chore imaginable had been completed. With a boat you don’t have that luxury, leaving the plates nicely stacked to be washed means you have no hob or work space. You just have to get on with it, much to my dismay.

3.You’re going to get bruised

I’ve always bruised easily, but since moving onto the boat I’m covered head to toe …  there is currently not a square inch on me that isn’t bruised or cut.

4.You realise the punishment for being bad all year doesn’t look to shabby

We grew up being told that if we were naughty Santa would bring us coal for Christmas, we had to buy coal the other day. From that experience I can say Santa do your worst. Or we might take the cheaper alternative of burning notes.

Before the boat my social media was a wash with drinks, dogs and food, case in point: 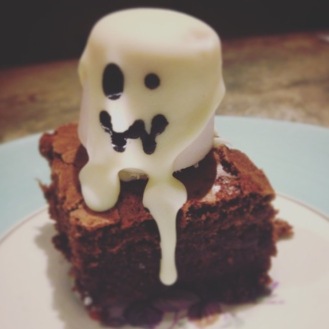 If you get a boat be prepared to annoy the chips out of everyone with pictures of Swans, Canals and dogs on boats.

6.Hire yourself a PA cause you’re about to get popular

We considered ourselves to be a fairly popular couple, that was until we announced the purchase of Fantine. Since that everyone has wanted to come and visit, we can’t blame them, we understand it’s somewhat of a novelty and we equally love showing her off. But a PA may be worth the money.

Well we’ve never been big sleepers, considering 0930am to be a fairly decent lie in. But whether it’s a Swan fighting a dreaded Canadian Goose off it’s land or your dogs feet on the floor, you’re likely to get woken up early.

OK confession time, when we were first looking at the idea of living narrow all we heard was won’t it be cold … to the point of it being irritating. But I have to admit it’s colder. Well maybe not that it is colder but you definitely notice the change in the weather more. We have been lucky these last few weeks with pretty decent temperatures, but you do notice the cold coming in an lot more than you ever did in a house. With the problems we had with our stove in the beginning this was only magnified, but now we seem to be getting the hang of that the cold is less of a problem. You just need to be prepared, and light your fire long before you are feeling really cold!

So when this is on your doorstep staying in becomes a lot less appealing, whether you’re out walking with the dogs, washing your boat or just sat out at the front of your boat, drinking an evening cuppa with your guard swan. Life outdoors becomes a lot more appealing.

10.Be prepared to fall in love

Boating and the world surrounding it make it very easy to fall in love. You’ll fall in love with your boat, you’ll love the world surrounding it be it the wonderful people you meet, the beauty of the canals, not to mention swans and ducks and life in general. The quirks of this world are something we are only just discovering but my gosh is it wonderful, be prepared to talk about boating and your boat at every possible opportunity!

So if you are thinking about narrow living, be warned it will change your life, and not only in the living space you are provided.

Ever thought of waving goodbye to tradition and buying a Narrow Boat Home? No? Well that's exactly what we did, follow our story from concept, through to purchase and ultimately life aboard. We go through everything we discovered along the way, and the unique aspects of life aboard the British Waterways.
Loading Comments...
Comment
×
%d bloggers like this: